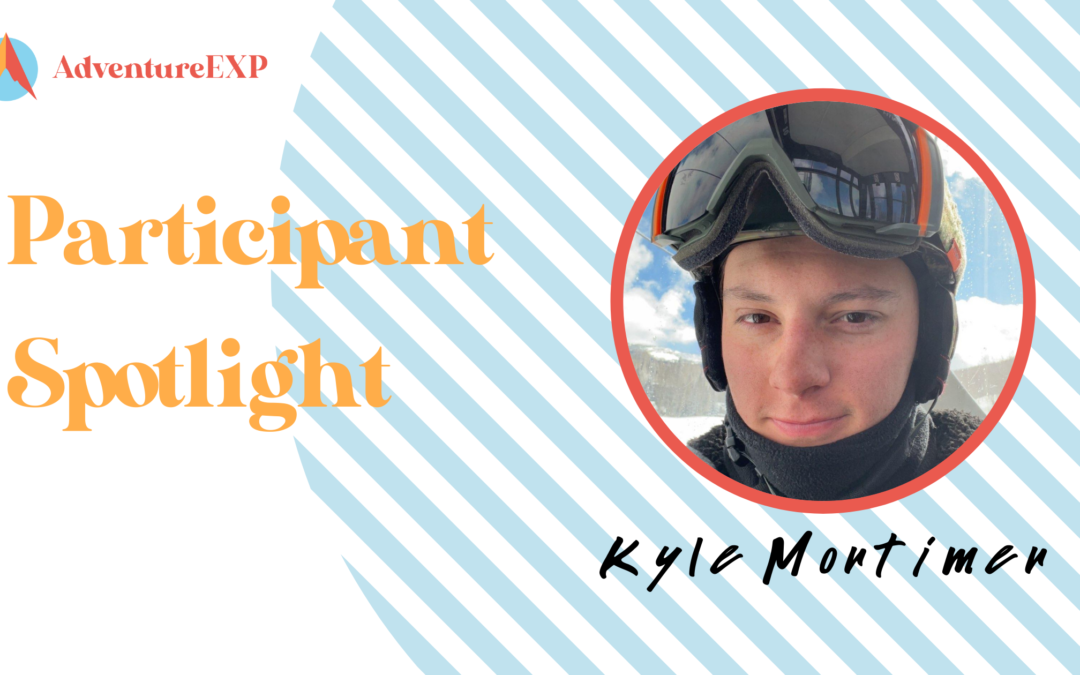 I recently spoke on the phone with a participant of ours, Kyle who is currently working in Aspen, Colorado. Our conversation offered an inside look at his experience in a world-renowned skiing destination that boasts a slew of private planes and mega-mansions alongside locals who have lived there for the entirety of their lives.

The word prestigious comes to mind when imagining his place of employment because Kyle mentioned the attitude that clients have when in town – they expect the highest level of service. It was definitely something that he took to heart when making first impressions with his managers and coworkers despite starting his position on the busiest day of the year – New Year’s!

From Boston to the World

Kyle was born and raised outside of Boston, Massachusetts in an area called Weston and grew up having incredible experiences in the city, but he knew there was more to see. Spurred on by the COVID-19 pandemic and a struggle with online classes, Kyle decided to investigate other options. College was always a part of the plan, but he wondered to himself, “when am I going to have an opportunity to travel so freely?”

Kyle was fortunate enough to have the support of his parents in taking a gap year before starting a four-year degree at University of Miami. His start with exploring a gap year was through J2Guides which helped him select a 10-week program in Central America through an organization called AARC. It was a great opportunity to take on a more structured experience while still having the freedom to travel to incredible destinations.

An Introduction to Travel

Through his program, Kyle was able to visit Belize, Panama, Costa Rica, and other Central American locations – 24 locations in total. He worked in different communities to support floating doctors in medical clinics that provided health care to underserved individuals – things like birth control, pregnancy care, and more. The experience was one that taught him several valuable lessons.

“I became much more aware of how privileged I was,” Kyle told me. This realization made him want to keep finding ways to travel and give back to other communities. Along with this important transformation in his perspective, Kyle learned a lot about traveling, staying organized, and working in a team environment unique from high school or anything he had done before.

The Mountains Were Calling

After his program ended, Kyle was ready to keep the ball rolling. He was directed to AdventureEXP through J2Guides, the same gap year consultants who helped him find AARC, and felt that a more independent experience was the natural next step. The mountains were appealing to him for the snow sports sure, but also for the thrill of being in such an incredible destination as Aspen.

It wasn’t a totally smooth start for Kyle though. Several of his flights were delayed or canceled because of the weather, he lost his wallet, and even the gondola wasn’t working on his first day of work. Not to mention the fact that he arrived at one of the busiest times of the year – New Year’s Eve. Being from Boston Kyle was already familiar with a fast-paced lifestyle, but the first week of his time there was definitely pushing his limits.

He spent his initial days working as a dishwasher where he said “I didn’t stop for 2 days straight at one point.” Thankfully, Kyle was quickly able to adapt to the new environment and his team of workers and the New Year’s rush came to a close. His mom encouraged him during those difficult days saying to just stick it out for one more week. She was right, according to Kyle.

The following weeks were an opportunity for Kyle to get acclimated to the community of Aspen, his new coworkers, his bosses, and the type of customers that frequent this Rocky Mountain haven. He said one of the biggest things he noticed in comparison to Boston was how many people made direct eye contact with him – it made him feel much more welcome.

Kyle also had the opportunity to move up to being a line cook where he felt more at ease – although he didn’t forget his time as a dishwasher and now empathizes with them. He also practices Spanish with the new dishwasher who took his place.

The beautiful part of having such challenging experiences like what Kyle experienced is that it allows for self-growth. Kyle shared many of the reflections he’s had since landing in the mountains. One of those was discovered through living with complete strangers.

“You can only fix a problem if you communicate about it.” Kyle shared that he felt lucky to have roommates whom he could openly talk with, hang out with, and also be considerate of. He joked about his room back at home in Boston being much messier than his current one. Through his time in Aspen, he has learned how to be a part of a team in his home, and his workplace too.

Teamwork is what helped Kyle get adjusted to the demanding clientele that frequent the town of Aspen. “When you’re paying world-class prices, you expect a world-class experience.” He wasn’t afraid to try and meet those high expectations, but he needed the support of his team to do so and that was his priority upon arrival.

“First impressions are very important,” he says, “come in with a good attitude and put an emphasis on the first few weeks to build connections with your team.” Being the new kid on the block meant that he had to prove himself and tackling New Year’s with them was a good start.

He recalled feeling nervous at first because there were many things he had to figure out in a short period of time, but he learned. Small logistics like where to go grocery shopping, where the buses run, and finding activities in the area were all a part of his learning curve as he settled in. Kyle recalled his perspective during those initial weeks, “I had a sink or swim mentality – it was up to me to make the most of my time here.”

With time, Kyle has connected with his coworkers and roommates to form a community in Aspen. Although the town is small, the outdoor adventures are plentiful and people are friendly to those who stay for longer than a quick ski trip. He even got to go to the X Games, which he says might be the highlight of his entire 3 months there.

Today, Kyle is thriving in the community of Aspen – learning to be a professional that understands customers’ needs and enjoys incredible views as he commutes to work. He hears many languages on the quaint streets of the town, has a local perspective of the area beyond its infamous tourism, and is already planning his next adventure to the East Coast for this summer season on Nantucket Island. Wishing him luck on the rest of his gap year!